A jsp code was and the code is as above. In simple terms, what the code does is that it will call Powershell, provide true code to be decoded and get executed. 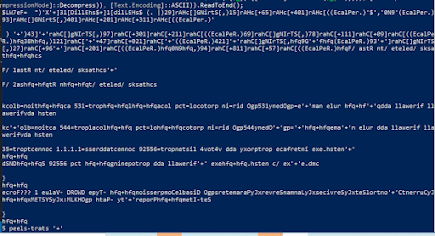